We live in interesting economic times.

Brad Schiller and Tom Cargill have spent their professional lives researching and commenting upon economic policy.  In this forum, they will each present their take on the current economic situation, including their opinions on proposed policies and on the direction the economy will take under varying scenarios.

After brief presentations by Brad and Tom, you can get involved in the extended question and answer time.

Will we experience even greater inflation in the near future?  Are assets (e.g., stocks, housing) over valued, at risk of being bursting bubbles?  How serious is the increase in our national debt?  You can imagine many more questions that might be address, so come and enjoy. 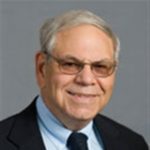 Tom Cargill is an emeritus professor of economics from the University of Nevada, Reno, where he received the highest available recognition, one of the annual most outstanding researcher awards.  He has been one of the world’s most recognized experts in monetary and financial economics, having published extensively in top journals and having produced a widely used text Money, the Financial System, and Monetary Policy.

Professor Cargill has been a visiting scholar at the  Comptroller Currency in Washington, DC, at the Hoover Institution of  Stanford University, and at the Bank of Japan.  He has written a number of books on Japan’s financial system.  Overall, his interest has focused on policy issues and the need to apply well designed quantitative methods for their analysis.  Tom received his PhD in Economics from University of California, Davis.

Brad Schiller is an emeritus professor of economics from American University, and he also spend a number of years teaching at University of Nevada, Reno.  He has long produced one of the top selling textbooks in economics, The Economy Today.  Brad not only teaches students, but he engages practitioners.  As a consultant to governments and major corporations, he has designed, evaluated, and even operated scores of employment, training, and welfare programs.

Brad travels extensively and lectures on economic conditions and economic policy, with special expertise on the social security program, poverty, and the national government budget.  Professor Schiller regularly writes  editorials that appear in the nation’s most widely read forums, including Wall Street Journal, the Washington Post, the New York Times.  Has scores of articles in professional journals.   In additional to his Economy Today principles text, his book The Economics of Poverty and Discrimination has been a standard text for those fields for decades.    Brad received his PhD in economics from Harvard University.