Charitable giving is a strong American value. Philanthropy supports virtually every level of public service—health care, education, the arts; this list goes on. Giving during one’s lifetime and through one’s estate plan is a great way to support the values we care most about. But charitable giving isn’t without its critics. Donors’ motives are called into question, as are the tax benefits they receive. Charitable giving tools, particularly donor advised funds, are subject to strong criticism.

This presentation will explore ways to give responsibly while addressing the criticisms aimed at donor advised funds and the tax benefits donors receive for their generosity.

Tracy Peterson Turner, PhD, has been working in the charitable realm in the Reno, Nevada, area since 2003, when she began volunteering for several nonprofits. Tracy learned firsthand about the significant support nonprofits provide in the northern Nevada area. She then began working at the Community Foundation of Northern Nevada, retiring from her position as Chief Philanthropy Officer in 2017. She now works as a philanthropic advisor to high net-worth individuals and private foundation trustees. Tracy is able to help align mission and giving so that donors experience the highest satisfaction with their charitable dollars. Tracy connects donors with nonprofits to ensure mission match, and she works with nonprofits to ensure the funding provided has the best possible outcomes for both the donor and the nonprofit alike. Tracy served in the United States Air Force for 6 years, first as a jet engine mechanic and then in electronics intelligence. She and her husband, Jeff, have called Reno home since 2002. 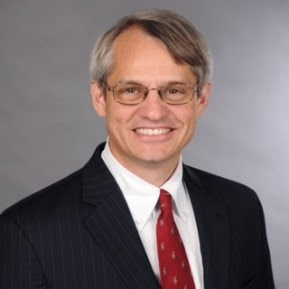 Mr. Cafferata is a former adjunct professor at the USC School of Law and past chair of the National Conference on Planned Giving.  He was named 2018 Lawyer of the Year in Los Angeles.

When you make a reservation by clicking the button below, you will be able to either pay online or agree to pay at the door.
Please help us plan and pre-register by making your reservation by midnight, Sunday, December 4.