The Persuasion Code: How to Persuade Others by Knowing How the Brain Works. August 13, 2019

While technology has evolved quickly, our brain has not.  We are still wired to make decisions at a primal level.   Professor Daniel Kahneman won the 2002 Nobel Prize in economics that eloquently demonstrated the idea: “It is not our rational brain that drives our decisions; it is our primal brain!”  In his talk Patrick Renvoise will present the only known scientific model of persuasion, a model based upon how the brain works. This new knowledge will help you better persuade others, including your customers, your spouse, your boss, your employees, and even your teenagers!   It will also protect you from being wrongly influenced by recognizing your own reptilian biases! 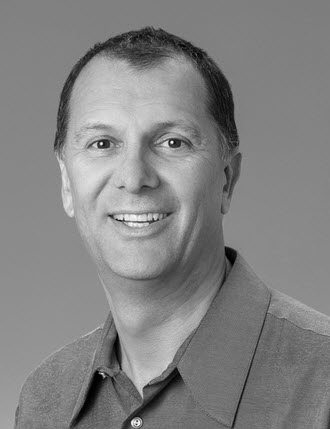 Patrick Renvoise is a co-founder of SalesBrain, a business devoted to helping others make sales and better market their products by recognizing how humans use their brain to make buying decisions.

Prior to founding this business, Patrick had become an expert in complex sales, which enabled him to obtain jobs where he led business development, first at Silicon Graphics then at LinuxCare. While marketing super-computers and multi-million software solutions, Patrick met some of the world’s best scientists at NASA, Shell, Boeing, Airbus, and BMW.  The led him to become fascinated by the human brain, and started to investigate a scientific model to explain how humans use their brain to make buying decisions.

in 2002, Patrick and his business partner Dr. Christophe Morin co-authored the a book on Neuromarketing called NeuroMAP™.   The book was the result of 2 years research, and it represents the first formal and 100% science-based persuasion model. This proprietary, award winning methodology has been used over the past 17 years to help over 6,000 companies worldwide.

In November 2018, Patrick and Christophe published a second book entitled “The Persuasion Code.” Following the footsteps of Daniel Kahneman (2002 Nobel prize recipient) and Richard Thaler (2017 Nobel prize recipient), this book reveals the role of the primal or unconscious brain in the process of persuasion.  This book has received the Silver Medal of Axiom Marketing books.