President Trump has stated his intention to remove U.S. troops from Syria. Further, the Trump administration has vowed to extricate the US from commitments that have been described as being the world’s policeman. Traditional alliances have been questioned and at times even eschewed. Is this the right approach? Come list to Ty Cobb discuss current global events, examining the question, “Is there a coherent Trump policy on global engagement?” 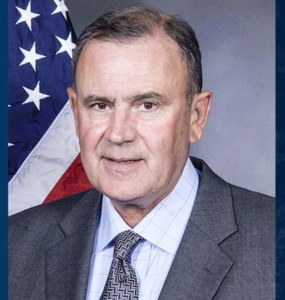 Ty Cobb was a professor at West Point and a Lieutenant Colonel in the Army in the years just prior to the Reagan Administration.

As the result of writing some strategy papers regarding the long-range strategic position of the United States vis-a-vis the Soviet Union at the start of the Reagan Administration, Dr. Cobb was invited to join the National Security Council staff as a member of the European and Soviet Affairs Directorate to work on European issues, Canada, and provide some input to long-range strategic Soviet policy.    He attended the Geneva and the Reykjavik summits.

In 1988, Cobb took Robert Dean’s place as the Special Assistant to the President and Senior Director of the International Programs and Technology Affairs Directorate with responsibility for science & technology agreements, export policy, United Nations issues, and the environment.

Dr. Cobb received his Ph.D. from Georgetown University, an M.A. from Indiana University, and a B.A. from the University of Nevada. He is married to the former Suellen Small of Reno and they have two daughters and a son.