Trucking: The Essential Link in our Supply Chain. January 13, 2022

For more than 100 years the trucking industry has been moving America. From the invention of the diesel engine, the building of the Interstate Highway System and the economic deregulation of industry in 1980, Paul Enos will describe how trucking became the largest mode in the movement of America’s freight.

Today the industry faces major challenges, including abusive lawsuits and a truck driver shortage. Ever-changing regulations at the state and federal level complicate the task of delivering the nation’s goods.  Come hear Paul identify the most significant challenges the trucking industry faces today. 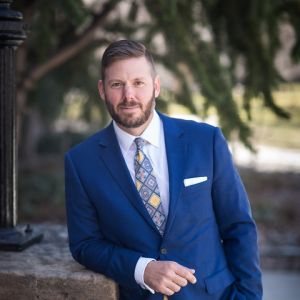 In 2021, Paul was named National Chairman of the Trucking Associations Executive Council (TAEC) and won the ATA President’s Annual TAEC Leadership Award.
Born in Elko, Enos is a third generation Nevadan. Enos is an Alumni of the University of Nevada in Reno.

Since assuming his position as CEO in 2006, Enos has aggressively and successfully advocated for public policies that not only enhance the trucking industry’s competitiveness and profitability, but also improve Nevada’s general business climate. During his tenure, the Nevada Trucking Association has also proudly taken a leading role in Nevada’s fight against human trafficking.

Paul and his wife, Sara, live in Reno, Nevada. They have a son Ben and a daughter Nora.