Etiquette is always a matter of individual choice.  Ultimately, only the individual can strive for self-command and self-respect.  In her portion of the dinner talk, Candace Smith will discuss the relationship between etiquette, propriety, and property.  Candace has a strong desire to inspire all of us to be the best we can be in business and social situations, so her talk will have that focus.  While we who are older can always benefit for learning how to better interact with others, this would be a great opportunity to invite someone younger to a Hayek Dinner so the young person you care about can use what they learn from Candace for the rest of their life.

Vernon will complement Candace’s talk by focusing on “propriety, property, and freedom.”  Just as etiquette concerns the good manners of following rules that treat others with dignity and respect, so free social and economic exchange systems emerge from the actions of people bound by the same moral principles.  Come and learn from a Nobel Prize winner why freedom works but also why it is dependent upon some foundational moral principles.  Professor Smith will also be available for a question and answer time, where he will make comment on the current economic situation and recent economic policies. 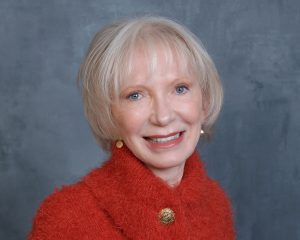 Candace Smith is an award-winning educator, who has focused her teaching efforts on inspiring students to have confidence in their own abilities.  She currently carries this aim forward with an etiquette education business, Teaching Etiquette for the Business of Life and her weekly Etiquette Blog.  She seeks to inspire others to be the best they can be in business and social situations. You can see here work here.

After receiving a Master’s Degree in Economics Education from the University of Colorado at Colorado Springs, Candace taught social students with special emphasis on economics.  She has also taught language arts and speech and debate at the secondary level.  Candace has worked as a consultant in economic education, developing teacher seminars and workshops.  She has worked as an education methodology consultant, teacher trainer/facilitator, curriculum developer, and has also worked on education standards.  Candace is a former member of Quality Education Association, Inc. for Total Quality improvement in public schools.  Recently, she served as Vice-President and President’s Assistant of the International Foundation for Research in Experimental Economics. 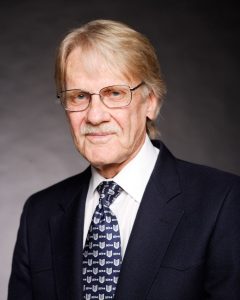 Vernon L. Smith was awarded the Nobel Prize in Economic Sciences in 2002 for his groundbreaking work in experimental economics. Dr. Smith has joint appointments with the Argyros School of Business & Economics and the Fowler School of Law at Chapman University, and he is part of a team runs the Economic Science Institute at Chapman.

Dr. Smith has authored or co-authored more than 350 articles and books on capital theory, finance, natural resource economics and experimental economics. He serves or has served on the board of editors of the American Economic Review, The Cato Journal, Journal of Economic Behavior and Organization, the Journal of Risk and Uncertainty, Science, Economic Theory, Economic Design, Games and Economic Behavior, and the Journal of Economic Methodology. He is past president of the Public Choice Society, the Economic Science Association, the Western Economic Association and the Association for Private Enterprise Education. Previous faculty appointments include the University of Arizona, Purdue University, Brown University, the University of Massachusetts, and George Mason University, where he was a Professor of Economics and Law prior to joining the faculty at Chapman University. Dr. Smith has been a Ford Foundation Fellow, Fellow of the Center for Advanced Study in the Behavioral Sciences and a Sherman Fairchild Distinguished Scholar at the California Institute of Technology.

In 1991, the Cambridge University Press published Dr. Smith’s Papers in Experimental Economics, and in 2000, a second collection of more recent papers, Bargaining and Market Behavior. Cambridge published his Rationality in Economics: Constructivist and Ecological Forms in January 2008. Dr. Smith has received an honorary Doctor of Management degree from Purdue University, and is a Fellow of the Econometric Society, the American Association for the Advancement of Science, and the American Academy of Arts and Sciences.

Dr. Smith is a distinguished fellow of the American Economic Association, an Andersen Consulting Professor of the Year, and the 1995 Adam Smith Award recipient conferred by the Association for Private Enterprise Education. He was elected a member of the National Academy of Sciences in 1995, and received CalTech’s distinguished alumni award in 1996. He has served as a consultant on the privatization of electric power in Australia and New Zealand and participated in numerous private and public discussions of energy deregulation in the United States. In 1997 he served as a Blue Ribbon Panel Member, National Electric Reliability Council.