In her talk, Karen England will share evidence that activist special interest groups have infiltrated K-12 classrooms to promote their agendas.   Rather than focusing on academic content, K-12 schools are increasingly promoting and affirming “Comprehensive Sexuality Education” and “Critical Race Theory.”   Such “lessons” found in curricula churn out enthusiastic activists for leftist causes rather than educate.

Karen will explain why she believes we must “armor up” and battle for the minds of our children.  Part of the fight is confronting false narratives being presented in education systems that support political causes.  Part of the fight also involves recognizing parents have that right to train up their children in ways that might differ from evolving social norms (on sex education for example).   Karen will explain why she thinks we can win this important battle. 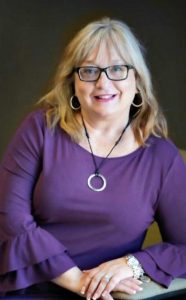 Karen England is executive director of the California-based Capitol Resource Institute, and founder and director of the Nevada Family Alliance. Both non-profit organizations advocate for family values in the public sphere. Karen has a long history of mobilizing citizens at rallies, school board meetings, and state legislatures.
Karen was nominated by Congressman Tom McClintock to serve the California Republican Party, and on the Initiatives Committee for 6 years. In 2012, she relocated to Virginia for a time to serve as the National Coalitions Director for Rick Santorum for President. Karen has been featured on various media outlets including the Laura Ingraham Show, the O’Reilly Factor, Tucker Carlson Tonight, the San Francisco Chronicle, World Net Daily, the Flash Report, and Fox News.