Three decades ago the countries of Eastern Europe escaped from the control of Soviet Union.  The transitions were largely peaceful and succeeded far more than many observers at the time thought they would.

In fact, many of the former Soviet controlled countries now have economic policies that are more in line with those advocated by Friedrich Hayek than are the economic policies of the U.S..  Rahn and Kostadinova and will discuss the lessons learned from the transitions made by Eastern Bloc countries and how they relate to today’s economic problems.

Richard Rahn is a senior fellow at the Cato Institute and was co-chairman of the Bulgarian economic transition task force in the early 1990’s.  He is an economist, syndicated columnist, and entrepreneur.

He writes a syndicated weekly economic column which is published in The Washington Times, Real Clear Markets and many other places. He has served as the Vice President and Chief Economist of the Chamber of Commerce of the United States.  He was as an economic advisor to President G.H.W. Bush (in 1988-1989).

He has written more than a thousand articles for newspaper, magazines and professional journals, such as the Wall Street Journal, USA Today, Forbes, The American Spectator, The Weekly Standard, National Review, and The National Interest. As an economic commentator, he has appeared on such programs as the Today Show, Good Morning America, Kudlow and Co., Wall Street Week, the PBS Newshour and Crossfire, and was a weekly commentator for Radio America.

He has testified before the U.S. Congress on economic issues more than seventy-five times. He earned a Ph.D. from Columbia University. In 2018, Dr. Rahn was a recipient of the annual Hayek Lifetime Achievement Award. 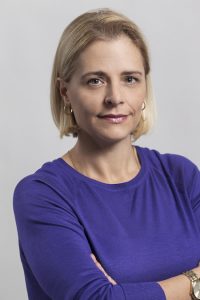 Svetla Kostadinova is the executive director of the Institute for Market Economics (IME) in Bulgaria, the first and oldest independent free market think tank in Bulgaria.

Under Ms. Kostadinova’s management, IME  has successfully advocated for the following reforms in Bulgaria:

When you make a reservation by clicking the button below, you will be able to either pay online or agree to pay at the door.
Please help us plan and pre-register by making your reservation by midnight, Sunday, July 10.